Poetry to Soothe the Soul

Those who know the staff at LSI will remember Abbie Headon from a couple of years ago, who was such a popular teacher at LSI.  We have all kept in touch, in part, due to the fact that Abbie's husband Jeremy continues to work at LSI.  Abbie left to return to her first love - Publishing.  For the last year or so she has been writing a book, reflecting her love of poetry and at the beginning of September it was published. To celebrate the occasion  Blackwells the book shop across the road to LSI held a book launch for her wonderful book  'Poetry First Aid Kit'.  All who attended (and there were many teachers in attendance) had a wonderful evening, with lovely food and drink supplied, lots of friends and readings from her book.  There was even a celebrity among the audience; Portsmouth's very own Poet Laureate Sam Cox, who wrote and performed a poem specially.

A very sad day on Friday as our lovely Carolina (Gil) left her job in reception for pastures new. Carolina is going to Dubai for a new adventure and we wish her all the best - and will miss her smiling happy face welcoming us every day. 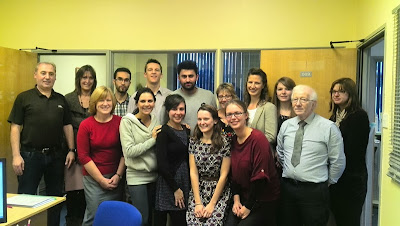 LSI Trip to Wembley – vs

"A student group including me went to the football game between and on 19th November at Wembley Stadium.

The bus left at 3:30 pm from LSI, and on the way we had a break for coffee.  We arrived at 6.30 pm at the stadium.  To practise my English I talked to the other students who came from different countries.  After arriving we took photographs of the group and stadium.  After that we went to our seats and watched the game.  The crowd were very quiet because Germany won, but you could say that England was the better team,  After the game we went to the bus together, and arrived back in Portsmouth at 1:15 am.  We had a lot of fun on the trip and enjoyed the day." 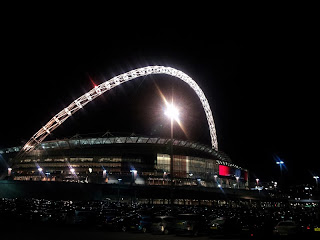 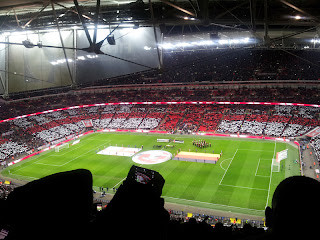 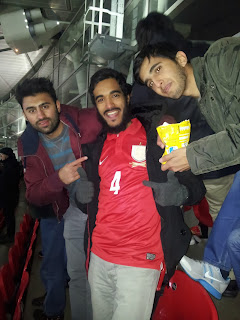 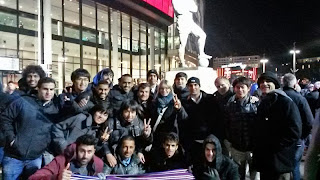 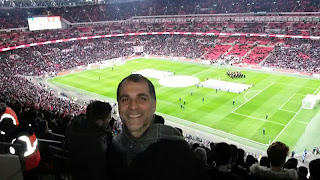 One of the things we are very proud of here at LSI is the caring and generous nature of so many of the teachers and staff.  Many of the teachers doing weird and wonderful things to raise money for charity, donating their time and effort (and cash) for wonderful causes.


Recently Elly Easey (our lovely Reception Manager) really pulled out all the stops by completing a triathlon.   For various reason we are only able to publish now, but we can't let it go without posting up about her amazing achievement.  It was in aid of the Leukaemia Cancer Society and Alzheimer's Society.  These were charities that were particularly important to her, as her Uncle Jim, who had both of these illnesses, sadly passed away in January.
So in July in the heat of the Summer in Chichester, Elly got ready to face one of the biggest challenges of her life.  Although she had started training in preparation, injury had stopped her training as much as she wished.
Before the event we asked her to tell us in her own words what she would be doing and why she was doing it and below are her words.

"It’s the hottest July in 7 years and the heatwave is set to continue into next week.  Most people are getting their barbecues, sunglasses and deck chairs ready for the weekend but not me.  No, I'm preparing my swimming hat, racing bike and running shoes because this Sunday I'm doing a triathlon.

This isn't something I’d normally do on a blisteringly hot day, by the way!  I’m doing this to raise money for two charities that are very important to my family - the Leukaemia Cancer Society and the Alzheimer’s Society.

We hear a lot about Alzheimer’s and leukaemia in the news but do you know what they really are?

Alzheimer’s is one of the causes of dementia (an illness which causes memory loss, confusion and mood swings).  There are around 800,000 people with Alzheimer’s in the today.  Sadly, there is no cure for this illness.  It usually gets worse over time and it can be very difficult for both the person and their family.  The money I am raising will go towards teaching doctors and nurses the best ways to help care for those suffering from the illness and also the best way to give support to the families of the patients.

Leukaemia is a cancer that affects white blood cells and bone marrow.  It makes the person feel very sick and weak.  There is treatment for this illness and people can recover but it is not easy.  In 2010 8,257 people were diagnosed with leukaemia in the .  Amazingly, 44.5 % of patients survive their cancer for 5 years or more.  With the money I’m raising, charities like Leukaemia Cancer Society hope to make that percentage a lot higher.

Or if you want to help me get to the finish line, stand there with an ice cream and I’ll definitely run faster!" 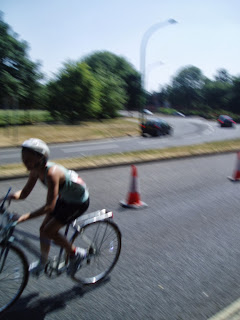 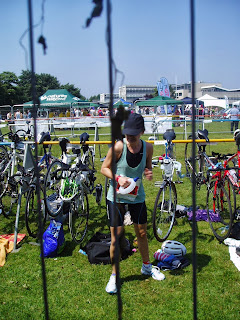 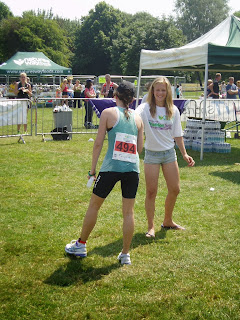 "I did it!  I arrived early in the morning to collect my race number and set my kit up in the transition area.  It made me feel a little bit better that the man registering in front of me looked about 80 years old – surely I can do it faster than him!

I was definitely more than a little bit nervous before I got into the pool.  There were so many people taking part and so many people watching!  I think the swim was the worst part.  Once I’d finished that and run to the transition area I felt much more comfortable.  I could hear my family cheering me on and the atmosphere was brilliant.  The cycle route went through some stunning countryside and other than my bottle falling off my bike, the HUGE hill and the heat, it was really fun.  The hardest part was running afterwards.  I was so hot, my legs were like jelly and I was very thirsty.  After about 4 km my legs were really hurting but as soon as I saw the finish line I had a burst of energy and managed to sprint to the end.

I LOVED it.  Completing that triathlon was the best feeling in the world.  I was so excited afterwards I felt like I could do it all again! 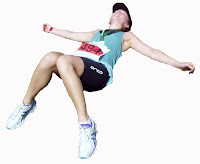 In total I've raised around £550.  Thank you so much to everyone who made a donation.  Anyone who wants to join me next year, I’ll be there, hoping to beat my time….and the 80 year old man who finished before me!"
Posted by Unknown at 10:03 No comments:

This time last year, a group of our teachers joined 'Movember' to raise money for men's cancer charities.  You can read about it here: One of the Kindest Cuts of All

It's that time of year again and this year our teacher Michael Baldwin is challenging his follicles for a good cause.  As long as we've known Michael he has had a hairy chin so it was quite a shock to see him clean shaven on the 1st November (see below).  We asked him why he was going facially naked and this is what he told us:

'The most important reason is to raise awareness, and even for me to be more aware of the cancers that are killing people and that we know so little about.  We need to raise money for research, this is aimed at prostate cancer, but really it's to raise awareness of any type of cancer.  I would love people to donate to my page on the Movember site but in fact donating to any cancer charity would be fabulous.'


People are welcome to donate
via the website on my behalf http://mobro.co/michaelrdbaldwin


To see what Ray Winstone and Jimmy White want you to know click this
video link  (great clip!!) 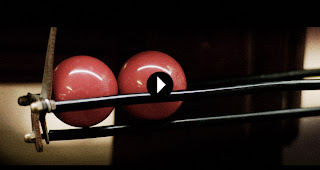 To read how Movember started click the link below


BBC: The history of the Movember appeal

Fact box:
Some other cancer charities that also do great work
and would welcome donations are:

It's a part of teaching life nowadays to need inspections by various groups, which always mean the teachers and staff have to work particularly hard before and during the inspection.  What better way to mark the end of the week than everyone getting together for a drink or three?