Each month we print a vocabulary calendar to help our students add to their vocabulary base.  We suggest they print it out and stick it up somewhere they will see it everyday! 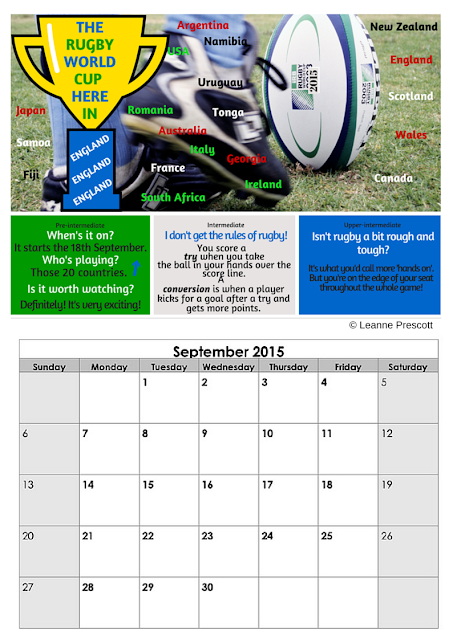 If you are currently in , and have been for a walk around the seafront and common area, you may have noticed that huge tents have been put up, a massive stage is sitting in the middle of the common, and large green fences are cordoning off the area. This is because this weekend, is hosting Victorious 2015, a huge music festival which is expected to welcome 120,000 spectators!

The main stage will be on Southsea common, with the castle stage being located in the magnificent grounds outside . There will also be an acoustic stage, a real ale tent, and a massive silent disco! The festival is a really exciting event and one of the newest festivals on the British festival scene. The star-studded line-up includes some massive names in the music industry, such as Ray Davies and , and there will also be loads of local talent to discover.

Each year, the festival has got bigger and better, and this year will be the most exciting one yet!!! We strongly recommend that if you are lucky enough to be in this weekend, you buy yourself a ticket! They are available from Belle in room 305, or you can head down to Meat & Barrel on . Alternatively, you can buy your tickets online at http://goo.gl/7IPHZu

For more information about the festival and to see the full line-up, please visit http://www.victoriousfestival.co.uk/

Kicking Off for a Good Cause 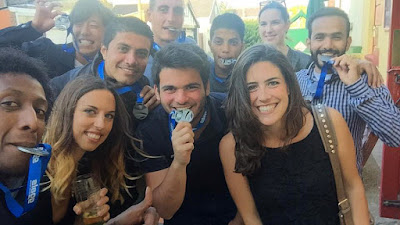 Last month, as part of the LSI Social Programme, we entered our very own football team into an 'all day' football tournament, to raise money for the Feel Yourself Campaign, which aims to promote awareness in younger men and women about the importance of checking for breast and testicular cancer. To say we were going in as the underdogs was certainly an understatement having never really played together before. However, the players were focused, ambitious, and ready to work hard. Our team comprised of:
Sercan (Turkey)
Thomas (Swiss German)
Patrick (Swiss German)
Basim (Saudi Arabia)
Abdullah (Saudi Arabia)
Oscar (Colombia)
Abdulrahman Kicking Off for a Goo(Saudi Arabia)
Kazuki (Japan)

The group also included one of our teachers, John Hick, who was the team manager, with Belle as photographer, and a whole group of fans. The team looked absolutely fantastic wearing our specially printed LSI Portsmouth t-shirts, in the school colour of royal blue, and after a 30 minute warm-up, the team were ready to play their first game. 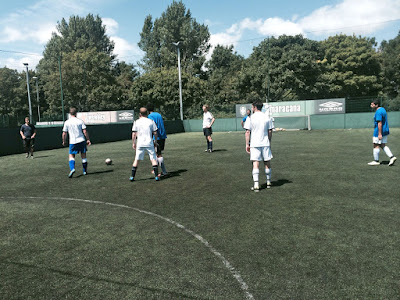 For their first game, the team was quick-paced and eager, but their formation lacked structure and they required a stronger tactical approach. Under the shrewd coaching of the team manager, John, the team quickly found their footing, and managed to narrowly beat Rocker Soccer FC with a 2-1 result.

The team then went from strength to strength, with another win, an unfortunate narrow defeat, and finally a complete victory over Strong Island Records, defeating them 10-3!!! The huge goal difference from the last game meant that LSI Portsmouth came top of their league, and qualified for the semi-finals.

For our semi-final game, we faced ILDFC, and really put on an impressive performance. When the final whistle blew, it was a 3-3 draw, and the game went to a penalty shoot out. Our goalkeeper Sercan was incredible and managed to save a few shots, before going on to win the final penalty!!! (6-5 pens)

During the final game, the team were incredible, but again the game finished on a draw, and the team had to once again face a penalty shoot out. Although the team were so close to claiming victory, we had to settle for second place, being defeated by Tobacco Dock, 2-3 on penalties.
After the tournament, the crew headed to a local pub for a buffet, some drinks and to receive their 'runners up' medals. John even scooped the Manager of the Tournament award, which was thoroughly deserved. It was such a wonderful day out, a great opportunity for our students to meet local friends, and to raise money for a brilliant cause. To the LSI Portsmouth football team, well done for your amazing efforts, and for helping raise money for the Feel Yourself Campaign. Also, a huge well done to Sercan Temel, our goalkeeper, and Man of the Tournament! 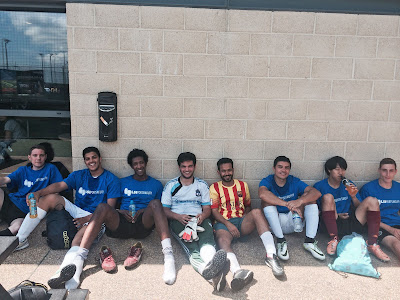 To find out more about the charity, please visit http://www.feelyourselfcampaign.org/

Definitions:
underdogs - A person / team expected to lose
understatement - saying something less than it is.
quick-paced - fast
formation - the assembly / arranging a group
structure - something built or constructed
shrewd - astute / perceptive
footing - established position / stability
impressive - admirable
claiming - to say it is a fact / to take it as a right
to settle - to agree / to accept
headed - a direction
runners up - to come in second place
Posted by Unknown at 10:30 No comments:

We have just recently started a range of interviews to show some of the issues that face students living here in England.

Our first video in this series is with Amelia and Abdul from Kuwait and Majed from Saudi Arabia.  It really is interesting to hear what they think are the biggest differences and challenges that face them during their stay here.


Thank you Amelia, Abdul and Majed.

Emma and her Special Day

Last year we welcomed a new member to our accounts office when the lovely Emma joined us.  She recently got married to Dan and has been kind enough to introduce herself on the blog by showing us her stunning wedding photos: 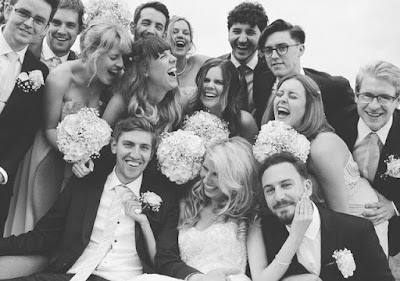 "I started working at LSI last July & work as Assistant Accountant in the accounts office. I love working with the Accounts team, its always very busy and its nice meeting new people everyday.

After leaving college I started working at Esteé Lauder as an Accounts Payable analyst where I stayed for 2 years whilst also studying for some accountancy exams.
I then worked at an Insurance company in finance and then a Vegetable farming company as Assistant Accountant whilst I continued with my studying and built up my experience.

I’m from Southsea where I live with my Husband Dan and dog Alfie! We love / Southsea for the music (Dan is in a local band- Electric Arms), the pubs & restaurants and there’s always something going on.
My Mum and Dad are a Host family and that’s how I heard about LSI J

I got married in , West Wittering near  and we had our reception at Earnley Grange in a big Marquee. It was an amazing day with our friends and family.

It was quite traditional but a really relaxed day. We had a jazz band and pie and mash (from Southsea’s Pie & Vinyl Music Cafe) for our wedding breakfast." 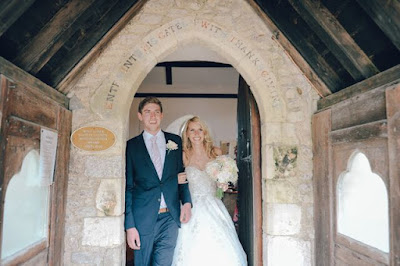 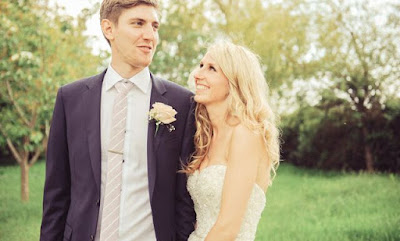 
A couple of weeks ago two of our Omani students; Nasser and Bakhit left us after three months studying with us.  They delighted us by giving a small party for the teachers and staff, with chicken and rice and sweets and dates and coffee and tea.  They really were so generous, we were all touched by their kindness and wish them all the very best for their futures. 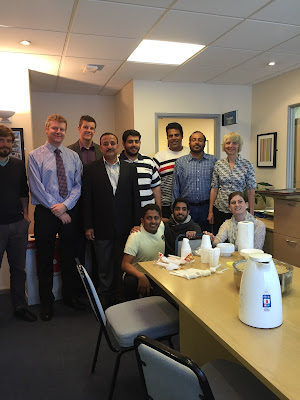 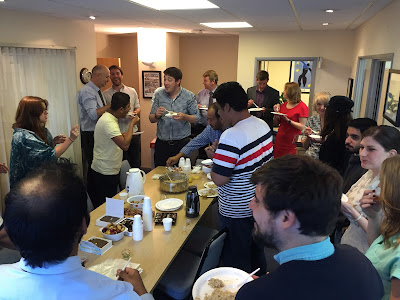 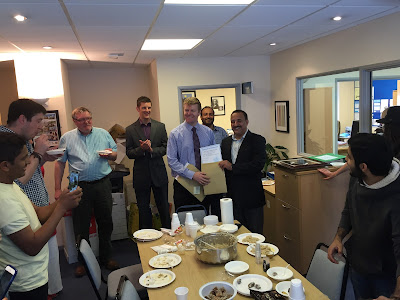